Back covers released and realistic eyes. Get your printers warmed up!!!

I have uploaded the covers for the back and made a tutorial for the build process.
You can find all the STL files in the gallery. Remember when you download, all my files and design are under the CC-BY-NC licence.
In this tutorial I will show you how to assemble the back covers. It is pretty easy if your prints are correctly printed without warping otherwise, you will have a hard time to join all the parts together.
Some of these parts require support during 3D printing, so please check the list in the tutorial.

As you can see InMoov is getting a new website. It has been a long hard work for the team of Quai Lab in Poitiers France, which remodeled, imported, modified, created this new interface. Big thanks to Sebastien and his co workers for this wonderful work. 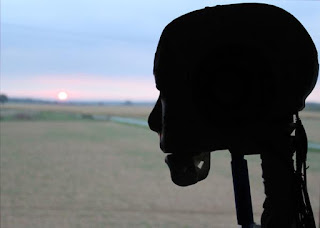 Here is a list and pictures of all the things that happened since April:

I created a tutorial for the Nervo board available on the shop, using some of Martens pictures, to help you during your assembly.
http://www.inmoov.fr/nervo-board-tutorial/

I sure hope this helps. 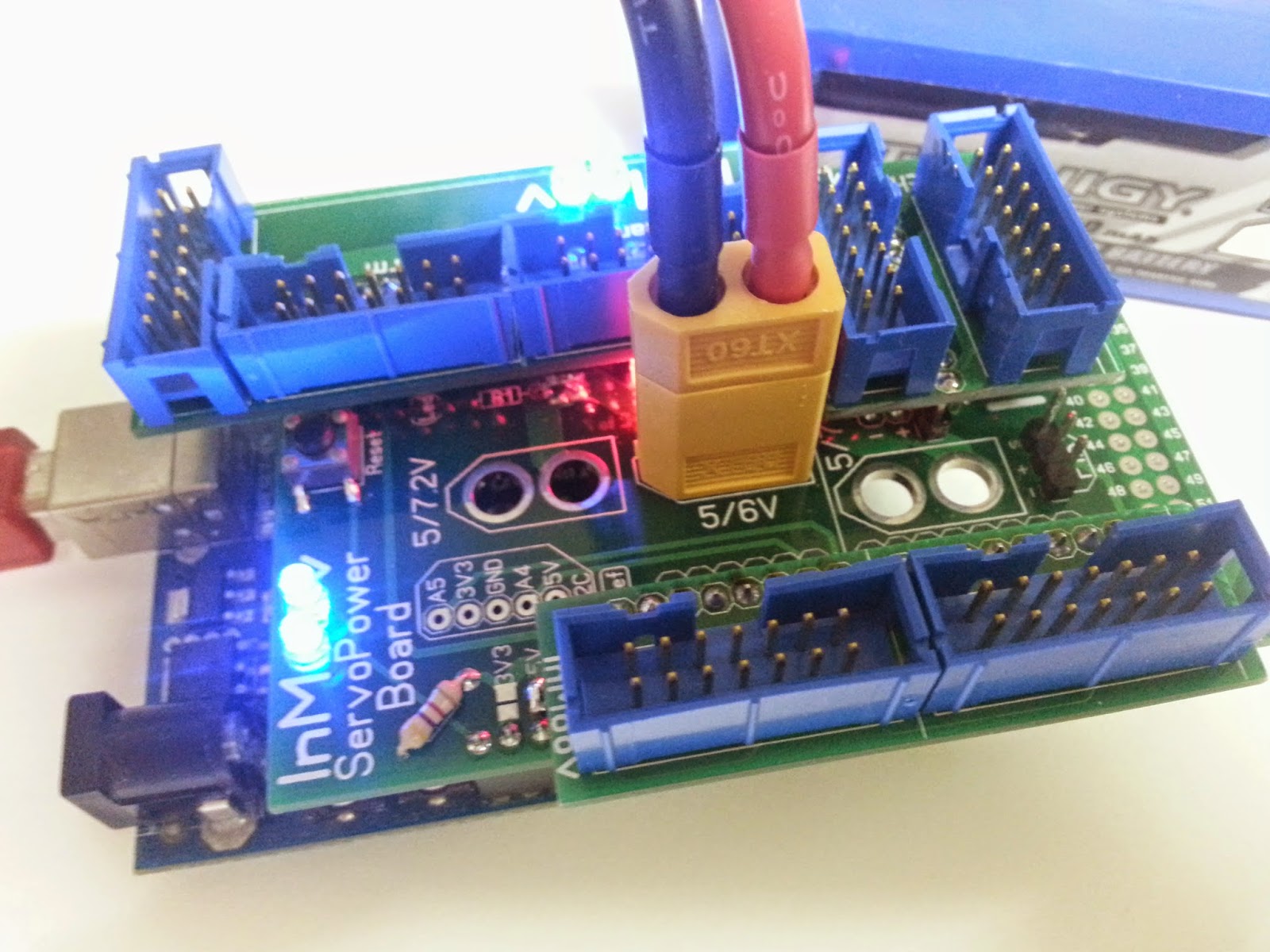 I wanted to make pictures using InMoov into symbolisms treated with a harsh lighting.

Before December, Yethy proposed to do a photo session in my workshop with whatever moods and feelings we had. Thanks to him.

Because InMoov is a Art project, I had to place him into such environment that it finds it's purpose, it's goal, away from the events, sounds and Faires to which I have been going since I started it.
Many times during those events, people ask me, so what can this robot do? Sometimes, I'm tempted to reply; it does nothing it's a sculpture.

I'm used to work in photographic environment with my work, but it is different when you do something for yourself, you can really interact with the forms and the graphism of details. It was a while that I had these two pictures in mind among others.

The high level of contrast dissimulates the face of the baby, just like InMoov seems to come out from the darkness. The color of the baby skin takes all it's sensitivity and becomes like a painting in this two tones environment.

Many years ago I had sculpted this human skull and casted it to make a few reproductions. It was obvious to me to use it with InMoov in this session, because the message is rich of interpretations. January with lots of progress!

The Nervo board is now available in the InMoov site Shop!!!!! (by the time I published this post, it was already out of stock, but you can backorder).
After the Tech Fest in India, one of the first things I had to do was to fix a hardware issue on the InMoov 2 hand. One of the drivers had burned out because the hand stayed powered with the thumb stucked in a wrong position. The main reason was because a wire of the thumb got tangled inside the palm. I had to redesign the paths of that wire and re-print the parts.
A few days ago, I received the Myo Thalmic Armband sent by Yohan of the FabLab Rennes and MHK(Bionico Nicolas Huchet). It was like receiving a Christmas present.
Searching on the Net, I found a Arduino library that allows the Thalmic to communicate with the Arduino via the computer.
I went on testing it and wrote a script, which first allowed me to use it with the InMoov finger starter (see third video) doing 3 small movements. The advantage of the Thalmic is the ease of use and set up. Once calibrated, you can remove it from your arm and put it back on (in the same position) it automatically works again, no need for re-calibration.
The goal with the Thalmic was to be able to use it with the InMoov 2 hand. Ideally is to set various possible gestures. In fact the InMoov 2 has an onboard Arduino Nano that lets the user create any gesture desired and can be modified by just a plug and play USB connection to any Computer. The Thalmic uses Bluetooth to communicate, and as for today it cannot communicate directly with all Bluetooth devices of your choice, but it will and the plan is to have an onboard Bluetooth Arduino set in the hand to allow direct communication.
I have been able to test the Thalmic also on the bicep muscle, it is more difficult to calibrate but I have been able to reproduce 3 differents set of gestures pretty reliably. Although the arm gestures to activate the sensor have to be rather large, which is a inconvenient if you want only the fingers of the InMoov 2 hand to be triggered.
So this is huge progress!!! In the below video I'm using double taping fingers to "wake up" the Thalmic, but I can also do it without, which lets the hand constantly ready for any muscle activity.


What else happened this month:

Thanks to Ashrith for inviting me, Nicolas and Marc to the TechFest.
Thanks to Aatur, Allan, Bhavya for organizing this trip and being so kind and helpfull during those 6 days.
Thanks to Sandrine Maximillien of the French Embassy, who has made it possible to get my passport and visa in time. And also managed for me to bring InMoov in my luggage.
More than 90 000 visitors in three days went through this tent. You can only imagine how intense this was. The Tech Fest is a free entrance event, anybody from India can come. The crowd was so huge that every 2 minutes, it was a new load of 30 people to whom we had to explain what is InMoov, Bionico, Open Source, 3D printer, robot and prosthetic.
After the 3 days, Nicolas and I were totally washed out, but happy to have done it!! I worked recently on the new InMoov hand (InMoov2 hand). I had stopped a few months ago because my wire connections had something wrong and I had burned the Arduino Nano and one of the motor driver board. Being very buzy in all directions, kinect, legs,Nervo boards, Makerfaires,  I got driven away from it until 3 days ago.
Thanks to Leon and Marten which gave me a set of new Arduino Nano, I could start to work again. ( To remind who are Leon and Marten: they are getting the Nervo boards ready and they came to the Makerfaire Paris and Roma)
So getting back on it, I discovered what I done wrong and finally got the index and thumb working. The script I use gives very simple keyboard fonctions for now , although it took me a very long time to adapt it to my needs., but it is mostly a proof of concept. I'm still stucked though with the thumb actuation. For some reason (unknown) it extends but doesn't retract. I wonder if the driver I'm using got burned somehow during my previous attempts or if it is a script problem. 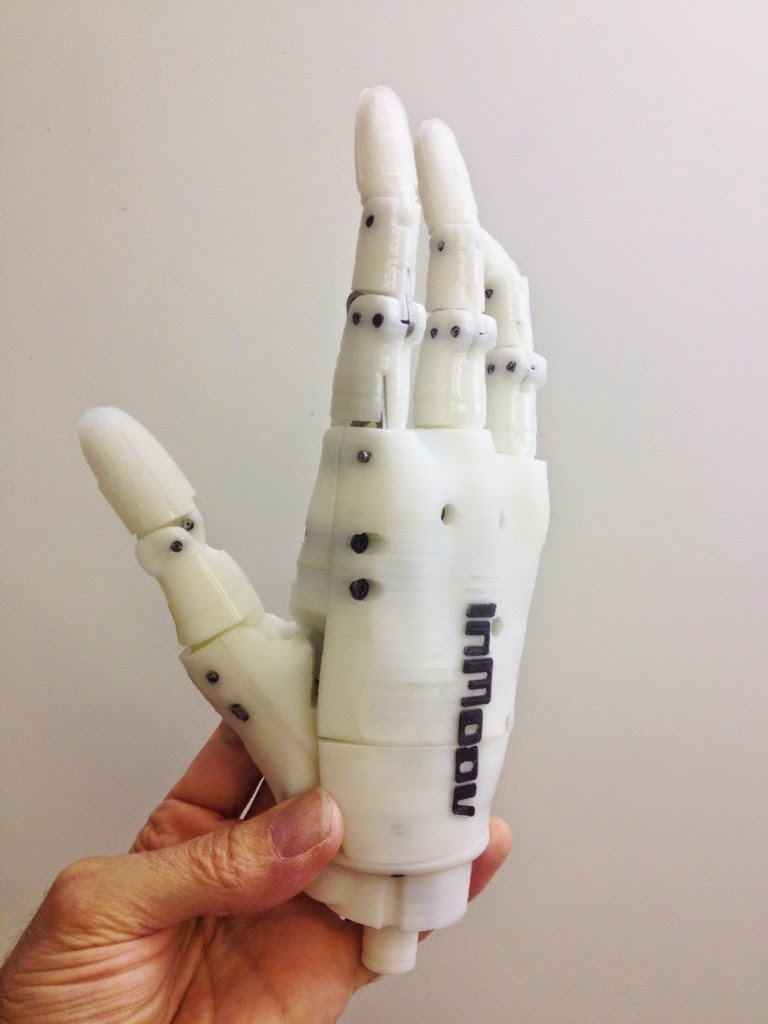