What a day!
Yes I was there and I saw all those Ultimakers printers running against the clock. Protospace and Ground3D had organized the Worldrecord of 3D printers in a pretty short time and I was surprised so many people came to participate and watch the event. It is very interesting to see a community of people working all together for one purpose. I got to meet a lot of people and I really enjoyed my afternoon. I have to tell you that at the end of the day, I couldn't talk anymore. My vocal chords had been pushed to the edge. There was a good band playing music in the printing space and you had to talk pretty loud to make yourself understand.

The robot didn't get built though, two hands and two heads were ready. Many parts of the torso were done but didn't get assembled because of lack of time. They were lacking of makers and tools.
Plus, it was a windy day and the printing space was open to the outside, and as you maybe know printers don't like fresh wind. So there has been many parts that didn't turn out correctly because of that. Then through confusion of reprinting, some parts have been printed more times than necessary and some others not at all.
But somehow it doesn't matter, at least it HAPPENED and it was fun, because people were having a good time.

A Dutch article about the event with an interview.

Here are some pictures of the event:
Pictures credit: Ground3D 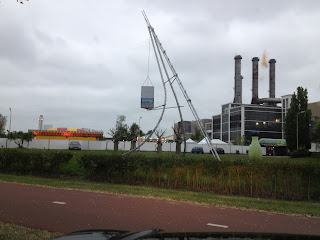 The Event seen from the road 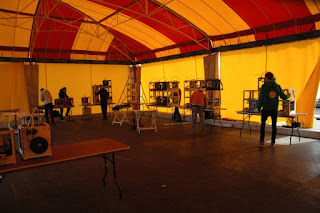 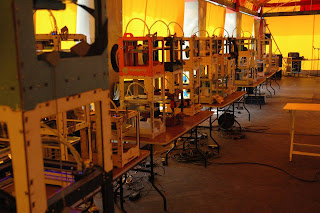 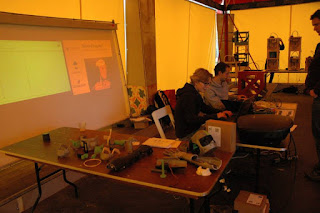 Protospace staff organizing the files during the afternoon.
You can see on the table the printed parts. 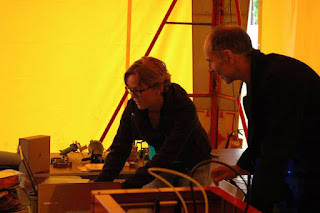 Here I am discovering all of what had been done by the staff of Protospace. 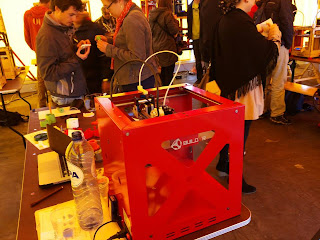 People are studying  the printed parts from a new born 3D printer. 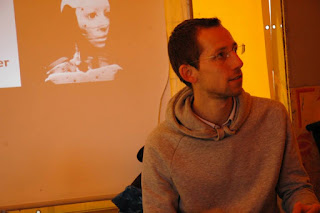 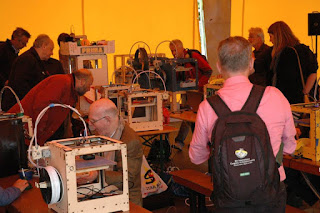 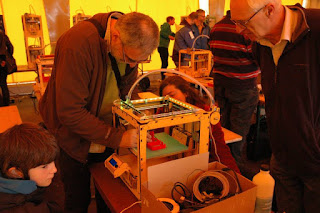 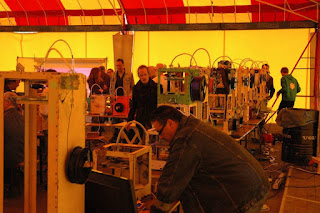 There was even a Rostock Ultimaker style 3D printer 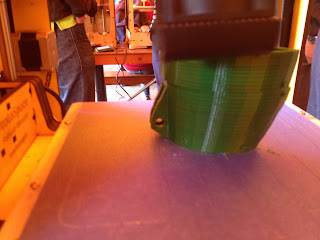 This part is ruined by the wind coming from the open door. 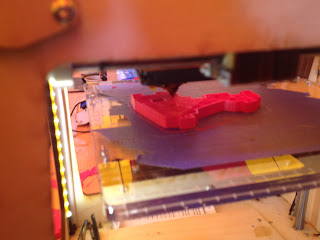 As you can see InMoov was going to be very colorful. 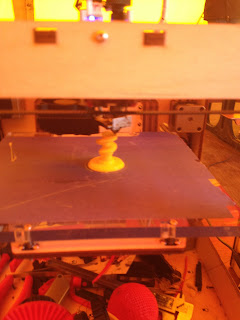 WormGear being printed without support, I was surprised how well it turned out.

This has nothing to do with the event but I had to put it on the blog.
It was at the Makerfaire of Taiwan 2013. Credits for the video  to 3D Maker.
I just can't stop looking at the face of the kid when he realize it is the glove that controls the hand.
Great moment!